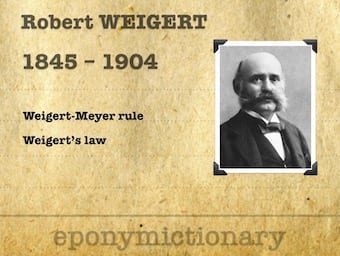 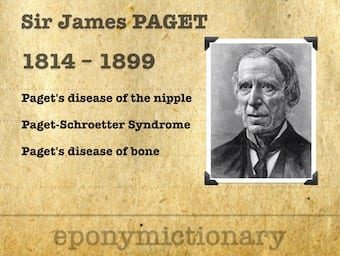 Sir James Paget (1814 – 1899) was a renowned English surgeon. In a career spanning eight decades, with research and practice in surgery, as well as serving the royal family during Queen Victoria’s reign

Description Paget’s disease of the nipple; disorder of the nipple-areola complex (NAC). Characterised chiefly by eczema like changes, it is a condition associated with underlying cancer of the breast. Clinical signs include: Hardening of the NAC Crusting A lumpy or nodular texture Erythema, or hyperpigmentation may be present Inverting of the nipple Nipple discharge Patients […]

Paget’s disease of bone is a metabolic disorder of the bone, resulting in deformation and pain. It most commonly affects the axial skeleton; pelvis, lumbo-sacral spine, skull, femur and tibia. Diagnostic imaging is a key part of modern day diagnosis, and many cases are in fact incidental findings. 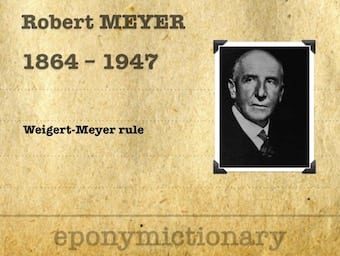 Robert Meyer (1864 – 1947) was a gynaecologist and pathologist. Eponymously affiliated with the Weigert-Meyer rule he described in 1907. Meyer was recognised world wide as one of the founders of gynaecological pathology and for his contributions to embryology.