A 29 year old man presents to the ED with 4 hours of colicky left lower quadrant pain.

The pain came on rapidly, not long after breakfast, and is associated with nausea. It is aggravated by lying back, and eased by leaning forward and lying on his left side. He has passed flatus this morning but not opened his bowels. He has no urinary or bowel changes, and no past medical history of note.

On further questioning, he reports two similar episodes in the past ten days, both causing him to present to hospital, however the pain improved both times within 8h following treatment with analgesia and buscopan. He has been well in the intervening period.

On examination his vital signs are unremarkable, but there is marked guarding over the left umbilical area, with a palpable boggy and tender mass, roughly the size of a fist. Bowel sounds were not detected. His FBP, UEC and CRP are all within normal limits.

While awaiting a surgical consult a CT is performed. The CT findings are very similar to this image from RadioGraphics

Q1. What is the diagnosis?

Q2. How common is this condition?

Q3. What is the cause of this condition?

Q4. What other types of this condition exist and what is their relative incidence?

Q5. What are the clinical features of this condition?

Q6. How is this condition diagnosed? 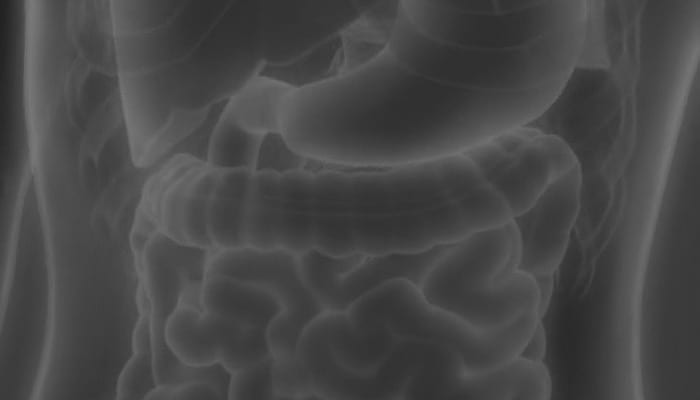