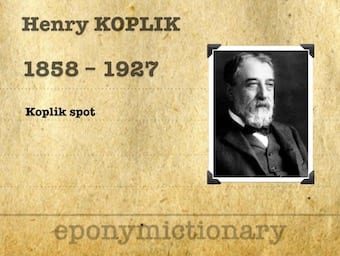 Henry Koplik (1858 – 1927) was an American pediatrician. Eponymously affiliated with Koplik spots of measles first described in 1896

Description What is the actual eponymous medical sign/syndrome/repair/classification… History 1929 – First recorded 1963 – Reye, Morgan and Baral published in Lancet 1964 – George Johnson published after Influenza B outbreak 1979 – Starko et al statistically-significant link between aspirin use and Reye syndrome 1980 – CDC cautioned physicians and parents about the association between […] 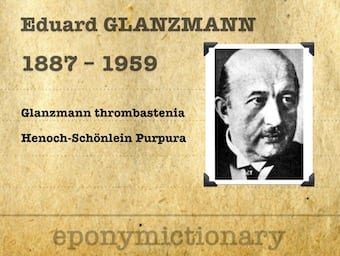 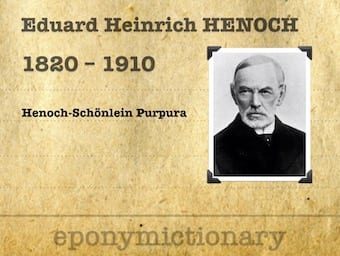 Eduard Heinrich Henoch (1820 – 1910) was a German Paediatrician. Student of Johann Lukas Schönlein, he extended the clinical features of childhood purpura and is eponymously affiliated with Henoch-Schönlein Purpura

Henoch-Schonlein Purpura (HSP) or IgA Vasculitis, is the most common childhood vasculitis. There is a tetrad of the core clinical manifestations