So how does 3D printing work anyway? Well, the concept is fairly simple. You’ve probably got a paper printer in your office; maybe it’s a laser printer or an inkjet. When you have finished typing your latest report or that abstract submission for the conference in six months, you hit print and after some computer jiggery-pokery a sheet of paper pops out covered in the letters that a moment ago were on your screen.

Now imagine that you took that piece of paper and stuck it back in the printer tray and hit print again. And then you repeated that process over and over with the same piece of paper. Though each run lays down a very thin layer of ink, eventually these layers build up and will produce a 3dimensional structure. And that’s pretty much how 3D printing works; but without the paper and with a few additional tweaks.

3D printing, also called additive manufacturing, comes in a couple of different forms but these all essentially boil down to one of two processes. Either a material is extruded through a print head that follows a prescribed path to put down layer upon layer on a print plate (like your inkjet printer printing on to paper), or a container of fluid or powder is cured or bonded in successive layer patterns, until a 3D structure is progressively built up.

The former process includes print methods such as:

Yep, those are some funky sounding technologies. And to try to put some standardization on all of this terminology, a bit like classifying all disease states under the ICD system, the ISO/ASTM 52900 standard was put together in 2015.

For a more in depth description of these different types of 3D printing methods and their various pros and cons, read this All3DP blog post – All 10 Types of 3D Printing Technology in 2018. The key differences between these techniques relate to model resolution, the types of materials that can be printed with and print speed. And these all have a bearing on the cost of production.

The path that the print head follows to lay out the model pattern is determined by the G-code, the history of which is rooted in the machining industry. This code is essentially a series of X, Y and Z co-ordinates that tell the 3D printer how far to move the print head or build plate to the left, right, forward or back and up or down in order to produce the completed 3-dimensional model. Generally you won’t need to see this code but most printers provide the facility to mess about with it if you are feeling brave. (We’ll get into the implications of doing this in a later post.)

So, you can go out and buy a desktop printer right now which will usually be an FFF/FDM or SLA printer and will set you back AU$600-4,000.You’ll be able to start printing 3D structures pretty much after unwrapping it,plugging it in to your computer and downloading an STL file (We’ll get to these shortly). Depending upon which end of the price scale you went for your model will have reasonable resolution but will be limited in size and have variable robustness.

For instance, I have a fairly basic FDM printer that cost under AU$1,500 with a 20x20cm build plate and a vertical print arm of 20cmwhich will print with a limited variety of plastic filaments, but it’s good enough to print simple task trainers for skills such as emergency cricothyroidotomy and intraosseus access. The printer that I use in the sim centre, which is still an FDM machine but closer to the AU$3,500 region, can do a lot more in terms of the materials it can use and the complexity and size of the models that it can produce.

Industrial manufacturers who need robust, high resolution,fine function parts will be using printers in the AU$8,000 to AU$20,000 and more price range, which will tend to be SLS, DLP, sintering and melting processes. And these are the machines that are being used to custom manufacture medical equipment, bespoke orthopedic prostheses, and not too far in the future transplantable organs. 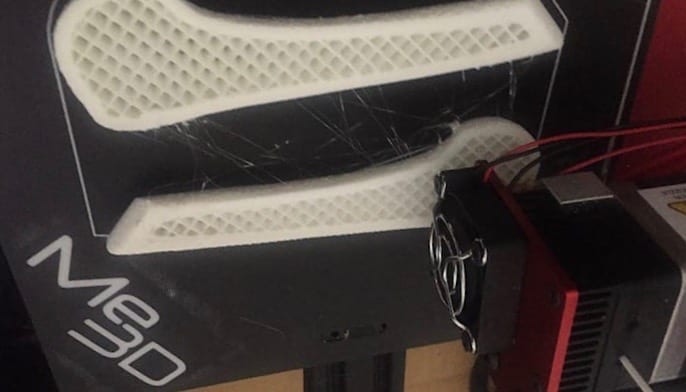