Emergency Medicine Trainee based in Perth, Western Australia. A wise man once told me "just work...harder".

Stokes-Adams syndrome is an abrupt, transient loss of consciousness due to a sudden but pronounced decrease in the cardiac output

John Cheyne (1777 – 1836) was a Scottish surgeon and physician. Eponymously affiliated with Cheyne-Stokes Respiration (1818)

Description Biot respiration History 1876 – Biot studied patients with Cheyne–Stokes respiration at l’Hôtel-Dieu de Paris. In a 16-year old male with tuberculous meningitis he observed a previously undescribed pattern of breathing which he termed ‘rhythme meningitique‘. He found the breathing pattern to be irregular and rapid, with rhythmical pauses lasting 10–30 s; and with alternating […] 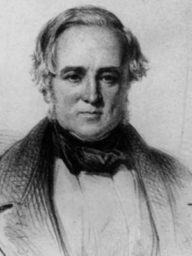