Charles Edouard Brown-Séquard (1817 – 1894) was a French physician and physiologist.

Brown-Séquard heralded as an eccentric genius; a foremost neurophysiologist; and the father of modern endocrinology and hormone replacement theory. He pioneered the concept of the advancement of neuroscience through experimental physiological observation.

Experimental investigations on physiological topics including; the conditions and functions of the different constituents of the blood; the spinal column and its diseases; the sympathetic nerves and ganglions and the effect of the removal of the supra-renal capsule.

He lived in five countries on three continents; crossed the Atlantic 60 times, spending a total of almost 6 years on the sea and found time to write over 500 papers (but did work 18 hours every day for 50 years..)

Best remembered for his description in 1850 and 1851 of the Brown-Séquard syndrome resulting from lateral hemisection of the spinal cord. A condition popularly (but most probably incorrectly) thought to have been brought to his attention by the activities of the Parisian Milieu who settled their scores with stilettos so thin as to be able to penetrate into the spinal canal.

Here truly was a Mauritian of whom his compatriots may well and justly be proud – a man whose character selfishness and self-assumption were utter strangers, a noble life of high gifts and powers of intellect and research devoted absolutely and unsparingly to the welfare of mankind in ages yet to come

Significant experimentation on the spinal cord. His writings considered as the greatest discovery of that region since Sir Charles Bell detailed the the ‘motor functions of the anterior and posterior roots of the spinal cord.’

As the result of numerous ingenious experiments, Brown-Sequard concludes that the sensitive fibres do not communicate directly with the brain, but convey impressions to the gray matter of the cord, by which they are transmitted onward to the brain, and that their decussation or crossing takes place in the cord itself, at or below the point at which they enter, not in the cerebrum or medulla oblongata. On the other hand, the anterior or motor fibres pass on directly to the brain, effecting their decussation in the medulla oblongata ; the gray matter receives the impressions, conducts them to the brain, or reflects them upon the motor nerves, but is itself insensible to ordinary stimuli.

“The Elixir of Life” (Brown-Séquard Elixir)

At a meeting of the Société de Biologie of Paris in 1889, Brown-Séquard reported the miraculous effects derived from an elixir of blood, semen, and the ‘juice extracted from a testicle, crushed immediately after it has been taken from a dog or a guinea-pig,‘ which he self-injected, eager to reverse ‘the most troublesome miseries of advanced life.’

The first injection produced ‘a radical change,’ including increased physical stamina; ‘facility of intellectual labour;’ a markedly longer ‘jet of urine‘ but the greatest effect by far was on his ‘expulsion of fecal matters.’

In 1889, Jim ‘Pud‘ Galvin, a Pittsburgh baseball pitcher, was the first player in the history of baseball to experiment with a performance-enhancing substance. He is reported to have used ‘Brown-Séquard Elixir’ to improve his pitching prowess in a game against Boston in which the veteran turned back the clock by pitching a 9-0 shutout. The Washington Post recorded:

…if there still be doubting Thomases who concede no virtue to the elixir, they are respectfully referred to Galvin’s record in yesterday’s Boston-Pittsburgh game. It is the best proof yet furnished of the values of the discovery

..it is hardly possible to explain the effects I have observed on myself otherwise than by admitting that the liquid injected possesses the power of increasing the strength of many parts of the human organism. I need hardly say that those effects cannot have been due to structural changes, and that they resulted only from nutritive modifications, perhaps in a very great measure from purely dynamical influences exerted by some of the principles contained in the injected fluid.

…but for the reputation of Brown-Sequard, very few would have noticed the ‘discovery.‘” and that “the sooner the general public, and especially septuagenarian readers of the latest sensation understand that for the physically used up and worn out there is no secret of rejuvenation, no elixir of youth, the better.

Brown-Séquard attempted to treat Addison disease with adrenal extracts and diabetes with pancreatic extracts but was unsuccessful. He was finally vindicated when Murray (1891), successfully treated myxoedema with subcutaneously injections of thyroid extract with dramatic reversal of symptoms. Brown-Séquard stated:

I say now merely that all glands with an external secretion have at the same time, like the testicles, an internal secretion. The kidneys, the salivary glands, the pancreas are not merely organs of elimination. They are like the thyroid, the spleen, etc., organs giving to the blood important principals, either in a direct manner or by resorption after their external secretion

Brown-Séquard was entirely opposed to extirpation of the testicle as a cure for epilepsy, deeming it not only irrational, but barbaric.

Instead he recommended applying a ‘red-white hot iron‘ to the head or limbs of patients when in the ‘coma of apoplexy, cerebritis, uraemia, or epilepsy‘ as an instant cure. He also advocated the use of simple ligatures, peripheral nerve resection and even limb amputation in cases of protracted focal seizures.

Opium in the treatment of cholera

During the cholera epidemic on Mauritius, Brown-Séquard volunteered to treat the victims as he had read Magendie’s work that opium might be effective.

To prove the efficiency of the drug, he attempted to catch cholera by swallowing the vomit of one of his patients and taking a large dose of laudanum (tincture of opium). He was found unconscious in the corner of his room, pointing his fingers toward a coffee pot; and was resuscitated

Rumination syndrome: Brown-Séquard suffered from persistent merycism (rumination syndrome) – effortless regurgitation requiring food to be chewed twice. He postulated this was as a result of his desire to investigate the contents of his own stomach, under different circumstances, by means of which he could examine the gastric juice, or partially digested food.

The condition started in 1844 consequent to performing experiments on himself such as swallowing sponges with threads attached that he may study his own gastric juices and liquefied food.

This sacrifice on the altar of science should be honorably recorded, as a disinterested effort by a truly philosophical man.

“For eight years Brown-Séquard has exhausted his resources and imposed upon himself incredible sacrifices in order to carry out expensive researches in experimental physiology. Today he has nothing left save an honorable character, profound erudition and scientific articles which everyone can appreciate.“ 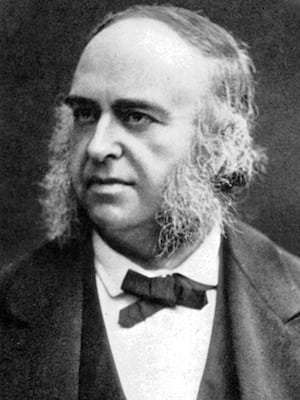