How often does a junior medical officer (or in-fact one of your senior colleagues) in your ED have four attempts at intubating a patient before he, or she, finally succeeds?

How often do patients desaturate during RSI in your department?

Apnoeic oxygenation is all the rage but is it really being utilized?

We think we have a good idea of departmental performance but until we start collecting data on EVERY intubation, we will never have a reliable picture of what we do.

I have been collecting data at RNSH for 2 years now and have data on over 400 episodes of intubation – here are some of the findings:

There are more graphs and data on the website AirwayRegistry, as well as a copy of the data collection sheet I use.

Since this project was launched onto the blogosphere a few weeks ago the interest has been phenomenal and I would encourage anyone who manages an airway in ED to get in touch with me. I’d be happy to enlist your department as a recruiting site for what I would love to turn into a multicentre database: The ANZEDAR – The Australia and New Zealand ED Airway Registry! (Suggestions for better acronyms gratefully accepted)

Finally I’d like to share a letter written to our DEMT by one of the junior registrars (permission granted). It will ring a few bells for most readers and underlines why it’s not the fancy laryngoscopes that count when the chips are down, it’s the basics that so often make a difference.

I wanted to let you know about a positive solo experience I had on the ward during an ICU locum night shift at a private hospital. My airway/resus training at RNSH ED played a huge role in helping me to stabilise and save this patient’s life.

It was 0030 hrs in the morning when I was called to see an unrousable patient (who may have been that way for up to ten minutes prior). On arrival in the room I found a 60 yr. old lady with a heavily strapped right shoulder (after a shoulder arthoplasty that afternoon). She was unresponsive and clearly had an obstructed airway (grunting with paradoxical respiratory attempts). Not only was she blue, she was also obese, short necked, and had a small jaw. Her saturations at the time were 44% with HR 70, SBP 150.

I attempted to perform airway maneuvers and insert a Guedel airway – both of which failed to improve the saturations. She had trismus to compound the problem. No nasopharyngeal airways on the trolley. With a bag-valve mask I was able to ventilate her saturations up to 90% but no better (the saturations continued to fluctuate between 85 and 90%). There was significant resistance to ventilation.

A quick glance at the notes showed no significant PMHx and only morphine in recovery + a morphine PCA at the bedside. I gave 2 x200mcg Naloxone doses that failed to improve her GCS.

By this point I had an experienced ICU nurse + two very inexperienced orthopaedic nurses at the bedside helping during the arrest. There were no other doctors on site. I had one of the nurses phone the ICU consultant to let him know I would need to intubate the patient on the ward. He was 30 minutes away so advised to go ahead.

I got a laryngeal mask brought down from the ICU in the event of a failed attempt (another piece of airway equipment not on the trolley). I gave the patient suxamethonium and propofol. The trismus relaxed and resistance to ventilation improved with muscular blockade and I was able move more air – saturations improved to 100%

I stuck a pillow under her shoulders (Toby Fogg trick I think), and then preloaded a bougie with an ETT. The airway was a grade 3 at first view. I manipulated the larynx and was able to see the cords – the ICU nurse was helpful with maintaining that view.

From there I was able to intubate the trachea with the bougie and pass the ETT without obstruction Capnography (old school litmus paper type capnography) was reading positive and saturations improved to 100%.

I took my first breath for the previous minute 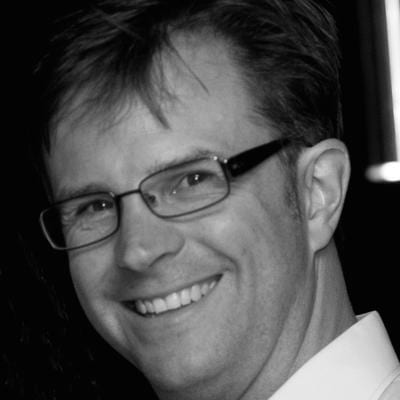 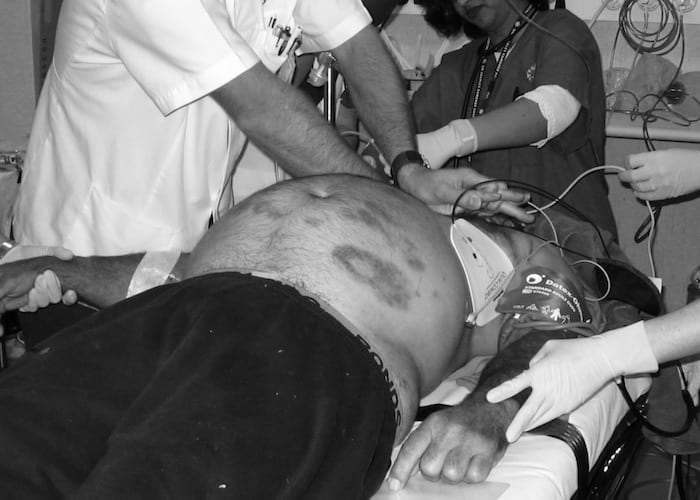 This website uses cookies to improve your experience while you navigate through the website. Out of these cookies, the cookies that are categorized as necessary are stored on your browser as they are essential for the working of basic functionalities of the website. We also use third-party cookies that help us analyze and understand how you use this website. These cookies will be stored in your browser only with your consent. You also have the option to opt-out of these cookies. But opting out of some of these cookies may have an effect on your browsing experience.
Necessary Always Enabled
Necessary cookies are absolutely essential for the website to function properly. This category only includes cookies that ensures basic functionalities and security features of the website. These cookies do not store any personal information.
Non Necessary
Any cookies that may not be particularly necessary for the website to function and is used specifically to collect user personal data via analytics, ads, other embedded contents are termed as non-necessary cookies. It is mandatory to procure user consent prior to running these cookies on your website.
Uncategorized
Undefined cookies are those that are being analyzed and have not been classified into a category as yet.
Analytics
Analytical cookies are used to understand how visitors interact with the website. These cookies help provide information on metrics the number of visitors, bounce rate, traffic source, etc.
Advertisement
Advertisement cookies are used to provide visitors with relevant ads and marketing campaigns. These cookies track visitors across websites and collect information to provide customized ads.
Performance
Performance cookies are used to understand and analyze the key performance indexes of the website which helps in delivering a better user experience for the visitors.
Preferences
Preference cookies are used to store user preferences to provide content that is customized and convenient for the users, like the language of the website or the location of the visitor.
Functional
Functional cookies help to perform certain functionalities like sharing the content of the website on social media platforms, collect feedbacks, and other third-party features.
Save & Accept