aka Ruling the Resus Room 006

A 26 year old man has been BIBA as a priority following a serious chest injury. The trauma team has been assembled and the patient is transferred onto the trauma table. You glance at the emergency thoracotomy tray and wonder if you’ll need to use it…

Q1. What is the definition of ‘emergency thoracotomy’?

Q2. What are the contraindications to emergency thoracotomy in the seriously ill trauma patient?

Q3. When considering the indications for emergency thoracotomy, how is the physiological status of the patient classified?

It becomes evident that your patient was stabbed in the left side of his chest. The paramedics reported signs of life at the scene.

Q4. In the context of severe chest trauma what are considered ‘signs of life’?

Q5. Should emergency thoracotomy be performed if he now has:

Q6. What are the therapeutic measures that may be provided by emergency thoracotomy and what are their physiological rationales?

Q7. Describe your approach to a patient who presents with blunt chest trauma who has signs of life on arrival in the ED, but then has a cardiac arrest.

Q8. How effective are closed chest cardiac compressions and resuscitation drugs such as adrenaline in the resuscitation of the arrested trauma patient? 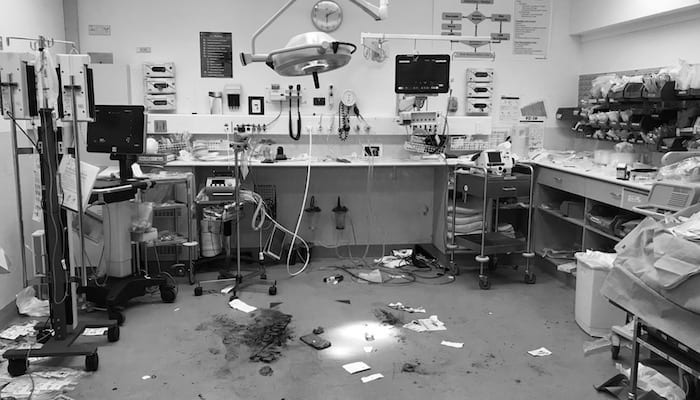