When I was thirteen years old, my father told me about the Milgram Shock Experiment. I vividly remember sitting at our kitchen table as he told me that study participants willingly dialed up the voltage of an electric shock on another person and that despite believing the shock might kill the confederate, the majority completed the orders when told: “You have no other choice but to continue”. The story stuck with me, and while I’m not sure exactly why Dad told it to me, I like to think he did it because he was teaching me that speaking up is hard. That fear of rejection is powerful.

When I was fifteen years old, I tearfully confided to my father that I thought something was wrong with me. That I had been built wrong. We didn’t discuss details but in comforting me he let me know that “while some parents might say something like having a son who was homosexual is horrifying, to me you are perfect. You can tell me anything.” He just let that statement sit. We didn’t touch on the conversation again for a very long time.

When I was eighteen years old, I sent my parents a letter telling them that I was gay and that I had a boyfriend. He was handsome and charming and he wanted to change the world. I told them that I wanted to share that with them and that I hoped they still loved me. It had taken three years since that open invitation to discuss ‘anything’ for me to speak to them both. I sat by the phone for an agonising afternoon awaiting their phone call, nauseated with fear. When he finally rang Dad told me how he’d gone to find a gay co-worker and asked him how he could best show me I was accepted and loved.

Fear of rejection is powerful. My parents’ acceptance was an indescribable relief.

When my partner was thirty-six years old he told his religious, traditional Cantonese family that he had a boyfriend. We had been together eight years. He had delayed that conversation extensively, and I had become increasingly frustrated, baffled by his reluctance to do something I’d done almost twenty years earlier. I maintain he only eventually told them because we were five months into a surrogate pregnancy and about to have our son. Not telling them wasn’t really an option. But when the pregnancy became rocky and he asked his father to pray for us, we were advised he would be praying “For God’s will to be done.”. It turns out my partner hadn’t avoided speaking up to his family out of weakness or conflict avoidance, he’d just correctly assessed the situation.

Speaking up is hard because Rejection is Powerful.

I mention these stories because at every corporate orientation I go to we get a little speech on ‘Speaking Up For Safety’. It is well intentioned and feels nice. Everybody is moved at watching some video about a plane almost crashing, and they smile and nod and say they will definitely speak up. But in the back of my head, I hear my father’s talk on the Milgram Shock Experiment and think “But we won’t. Not most of us.”.

Why do we think we’re going to solve medical error by instructing our most junior staff to stand up to us? They might want to, and some individuals of extraordinary character will stand up to the system, but at the end of the day, most of us won’t. And it might sound defeatist to argue that expecting people to speak up is an unfair waste of time, but I think it’s true.

History is littered with examples, look at the Cambodian Killing Fields.

Look at the Stanford Prison Experiment.

And you think they’re going to speak up because you got the dose of Propofol wrong? Such hubris.

So why have we focused so much education on telling junior staff under our care to stand up to us? Is it because it’s easier to talk to the people at the bottom of the food chain than the powerful people at the top? Are we subconsciously submitting to the same power gradients we’re telling them to ignore?

I think so. And I think we don’t speak up because it’s built into our genetic code to submit to authority. Humans are pack animals. We organise ourselves into herds with elaborate social structures. From an evolutionary perspective, a pack with a clear alpha and a bunch of followers who obey them is going to survive a harsh winter better than a pack with an unstable power structure. We fear loneliness because our ancient DNA believes disrupting the hierarchy leads to death by starvation. Lone wolves die, but Neanderthal humans who felt loneliness survived in packs. Our genes need us to feel that fear. From their perspective maintaining the hierarchy is critical to survival.

Thousands of years ago rejection was lethal, so even now speaking up is hard.

Looking back on my past, I didn’t come out to my parents twenty years faster than my partner because I have more strength of character than him. I did it because my pack leader told me I was treasured no matter what. My partner’s pack gave him signals that rejection was possible and assimilation valued. So he stayed silent. Not because he was weak but because silence maintained his position within the pack, and to lose one’s pack is to experience true grief.

Do we really think our juniors are so exceptional that they’ll speak truth to power because of an inspiring ten-minute video at the start of orientation? Come on. We’re just making them feel guilty when they fail because they’re human.

So I think we need to change our approach to ‘Speaking Up For Safety’. Because we’re talking to the wrong people.

We need to aim our conversation at the people at the top of the hierarchy instead of at the bottom. Instead of telling people to stand up for safety, we need to tell our leaders to look down and listen. They need to ask people what they’re thinking because that gives people permission to speak. It might not seem like a huge difference in approach, but I think it’s important.

If your corporate leader tells you to speak up for safety, you’re still not going to stamp your feet when a powerful intensivist starts invasive treatment you think is unethical. But if the powerful intensivist instead asks you whether you think her treatment is appropriate because she’s worried it might be going too far, she’s given you permission to contribute. She retains her hierarchical position while encouraging collaboration. That transforms a challenging conversation into a respectful conversation, and respectful conversations are easier to initiate.

So to any team leaders reading this: next time you do a ‘resus recap’, ask your team what they think and actively listen to their contributions. Even when you’re sure you know what’s going on, check in with them. By role modelling openness at the top, your team senses a flatter power gradient while still feeling like someone’s in charge. And that might enable them to speak truth to power a lot more than showing them a ten-minute aeroplane video.

Speaking up is hard. Active listening is transformational. 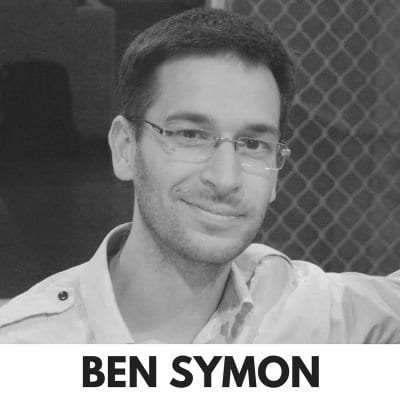