Dislocation of the distal radioulnar joint (DRUJ) is an extremely rare injury, particularly when it occurs without associated fractures of the distal radius and ulna. Isolated volar dislocations of the ulna in relation to the radius are much less common than dorsal dislocations because specific mechanisms are required to generate such an injury. As a result of this, plus the subtlety of clinical signs, they are missed in as many as 50% of cases in the acute period, delaying appropriate treatment.

A 38 year old woman presented to ED with a painful left wrist, having injured it in a fall whilst walking her Labrador. As her dog took chase after a cat, she fell heavily onto her left hand, which was holding the lead at the time.

On presentation there was marked swelling of the left wrist, particularly on the volar aspect, and on examination it was noted that the ulna styloid prominence was absent. The patient demonstrated close to full range of palmar flexion and dorsiflexion at the wrist, but the forearm was fixed in supination.

X-ray studies of the left wrist were obtained:

The patient was subsequently diagnosed with an isolated volar ulna dislocation of her left wrist and the dislocation was reduced with propofol sedation in the emergency department.

A careful clinical examination is key in the diagnosis of volar ulna dislocation. Some features that may be observed include the absence of the ulna styloid prominence, volar fullness at the ulnar aspect of the wrist and narrowing of the wrist. Unfortunately in the acute setting, swelling and haemorrhage may hinder detection of these signs, making diagnosis difficult. Upon movement, pronation may be impossible (with the forearm locked in supination), restricted, painful, or merely uncomfortable, while the range of palmar flexion and dorsiflexion at the wrist is often normal. Ulna nerve symptoms may also be present, such as paraesthesia of the ring and small fingers.

On the same rainy day a second distal radioulnar joint injury (DRUJ) attended the department. Naturally this was no longer seen as a difficult to diagnose injury and an effective treatment plan was immediately instituted.

Those of you with superstitious tendencies will be glad to know that we abided by the ‘rule of threes‘ and actively reviewed all the weekends radiological imaging for evidence of the ‘missed dislocation’. Content in the knowledge that one had not been missed this report ‘closes the loop’ on the ‘see one, do one, teach one‘ QI cycle.

Biplanar radiography is indicated to aid in the diagnosis of volar ulna dislocation, with anteroposterior and lateral X-rays needed for an adequate assessment. Unfortunately, pain and restricted range of movement can limit a patient’s ability to hold the necessary positions to obtain X-rays; countless cases have been reported in which this injury has been missed. Just 10-20 degrees of forearm rotation can obscure the view of the distal radius and ulna in a lateral radiograph highlighting the importance of a true lateral radiograph. This can be obtained with the elbow flexed to 90 degrees, with the arm placed by the side of the chest, forearm in neutral position, and the x-ray beam centred between the two styloid processes.

In cases where radiography is inconclusive or difficult to execute, computed tomography (CT) of the distal radio-ulnar joint should be employed, accurately demonstrating the dislocation at any position of forearm rotation.

In most cases of isolated volar ulna dislocation, the injury is reduced under general anaesthetic by forceful manipulation of the joint, using manual pressure on the ulna in a medial and dorsal direction, and hyperpronation of the forearm. Occasionally, it may be required to reduce the dislocation with an open procedure, particularly when the diagnosis has been delayed or in cases where the ulna is locked under the radius. The arm must then be immobilised for 6 weeks in full pronation in an above-elbow cast with physiotherapy required to regain best range of movement in the wrist joint.

Isolated volar dislocation of the ulna head was first described in 1777 by Pierre-Joseph Desault (printed in 1791) in a cadaver dissection. He recognized that it was the radiocarpal unit that was dislocated from the ulna. It was thought that the injury was caused by hypersupination of the forearm on a fixed hand, a theory that has since been supported by various clinicians and seen to be the most common mechanism of volar ulna dislocation.

Two other less common mechanisms include a direct dorsally applied force to the distal ulna, and a pronation injury to the hand in which the forearm is fixed. Incidently, this type of dislocation has been associated with sports such as gymnastics, weight-lifting and rugby, in which increased forces are applied to the heel of the palm, transmitting pressure onto the radio-ulnar joint. Injuries of this nature tend to give rise to damage to the stabilizing structures of the distal radio-ulna joint, such as the ulnar collateral ligament, triangular fibrocartilage, anterior and posterior radioulnar ligaments and pronator quadratus.

Isolated volar ulna dislocation is a very rare injury which is often misdiagnosed. Without a detailed history of the mechanism of injury and a thorough examination, it is frequently dismissed as an insignificant wrist injury, requiring a high index of suspicion from clinicians. Difficulty in obtaining adequate x-rays can also hinder accurate diagnosis, with CT being the gold standard for ruling out dislocation. If untreated, volar ulna dislocation may lead to significant morbidity, with a significant restriction in forearm pronation. 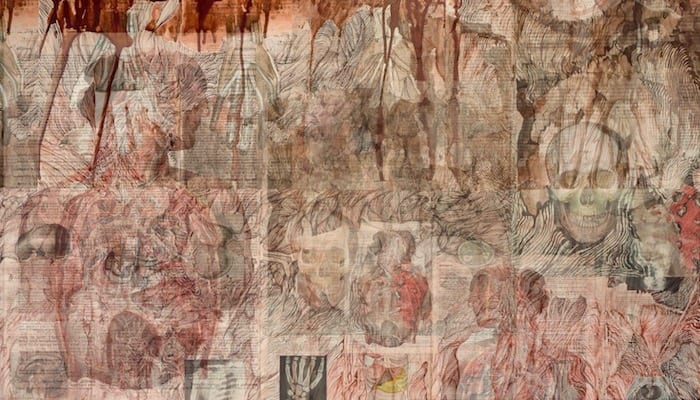 Emergency Physician working in Western Australia. Areas of interest include ultrasound, sports injury and the eternal failures of Plymouth Argyle.