A 76 year-old man presents with a florid spreading violaceous rash over most of his body. He noticed it on his feet when he awoke at 7am and it is now 3pm. His observations are unremarkable.

This is a photograph of his legs:

He has no fever, and the rash is slightly itchy.

The day previously he had received intravenous 5FU for Duke’s B stage bowel cancer. He is taking no other medication. He mentions that he has had a dry cough which he has not told his oncologist about.

These are the lesions on his right hand:

Q1. What is this skin manifestation?

Q2. What underlying pathological process does this imply?

Q3. What are the possible underlying causes?

Q4. What is the most important cause to exclude and/or treat in the emergency setting?

You assess the patient further to try to elucidate the cause of his rash:

Infection seemed unlikely given that he looked and felt well. His CBC shows a slight neutrophilia and his CRP was elevated at 75. His cultures grew nothing after five days.

Other infections that can involved in immune complex production are viral (Hepatitis C, B and HIV) and intravascular infections such as endocarditis. On your clinical information system you can see recent negative Hepatitis B and C and HIV serologies. There is no murmur on examination and he has no history of valvular heart disease. An echocardiogram last week ordered by his oncologist was negative.

Drugs as a cause of hypersensitivity vasculitis are most often antibiotics principally penicillins and cephalosporins. Serum sickness, initially due to horse derived anti-sera, may also have a vasculitic component. He has had none of these recently.

A chest radiograph is obtained and shows an ill-defined mass in the right upper lobe. The patient is transferred to the ward with the possibility of metastatic disease being be entertained, although primary immunologic disease still needed to be excluded.

Q5. Could the patient have Henoch-Schönlein Purpura?

Whilst on the ward, a skin biopsy revealed classic leucocytoclastic vasculitis without immune deposition.

Q6. Could the patient have an ANCA-associated vasculitis? 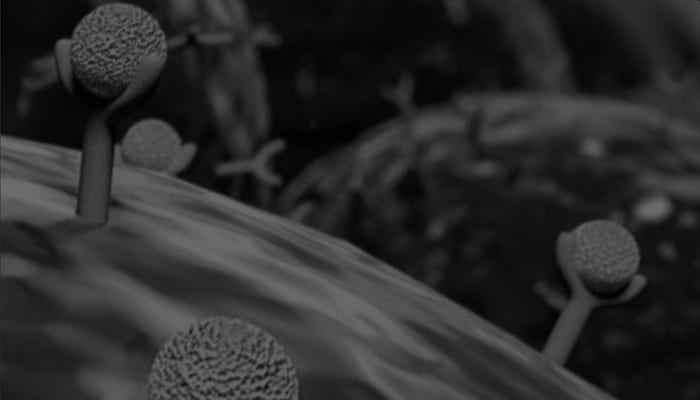