GP trainee in the UK after three years of Emergency Medicine in Brisbane and Perth. Fascinated by the history of medicine.

Biography Margaret was born in 1902, the daughter of a Shropshire rector. She attended Sherborne School for Girls and Royal Free School of Medicine in London. When asked why she chose a medical career, Margaret would reply: “Because a woman cannot be a clergyman!” 1937 she completed her MBBS and began training as a surgeon. […]

Biography Early Life and Education Cicely Williams was born on 2 December 1893 in Westmoreland, Jamaica, where her mother ran a ‘back verandah clinic’. The family migrated to England in 1906 and Cicely attended Bath High School for Girls. Aged 19, Cicely began studying medicine at Somerville College in Oxford. During the First World War, […] 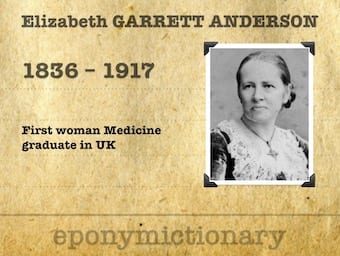 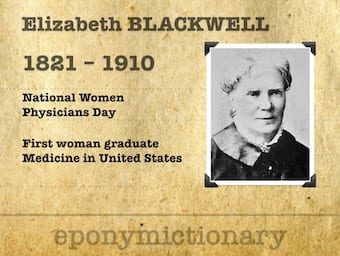 Elizabeth Blackwell (1821 – 1910) was a British physician. In 1849, Blackwell became the first woman to graduate from medical school in the United States. National Women Physicians Day﻿ is held on her birthday February 3rd 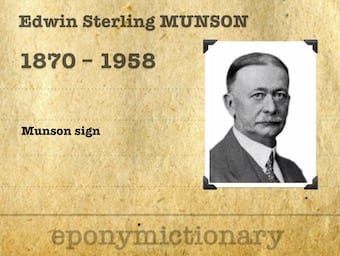 Edwin Sterling Munson (1870-1958) was an American ophthalmologist.Munson sign, a V-shaped indentation of the lower eyelid when the gaze is directed downwards, an indication that is characteristic of advanced keratoconus.