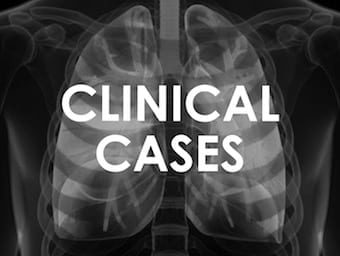 An ICU patient has become increasingly ‘puffed’ post-tracheostomy. Can you figure out why? What are your going to do about it?

A 30 year old male presents with a 3 day history of fevers and increasing breathlessness. On presentation he is noted to be severely hypoxic with sats of 80% on room air. The following chest X-ray is obtained:

A 67 year old gentleman with a BMI of 45 was waiting for his respiratory outpatient clinic appointment. While waiting, he fell asleep. A medical emergency was called because he could not be woken up.

A 17 year old female with a background history of HIV presents with a 3 day history of fevers, chills and rigors. Her admission chest X-rays are shown below:

A 36 year-old immunosuppressed male was infected with swine-origin influenza virus requiring mechanical ventilation. Overnight the inspiratory pressures needed to maintain his tidal volume had progressively increased and his face had become markedly swollen.

Consider a 56 year old male with no past medical history presenting with 10 days of fevers, chills, myalgia and cough followed by worsening breathlessness over the past 4 days.

Consider a 73 year old female admitted with vomiting and subsequent chest pain. This is her admission chest X-ray. 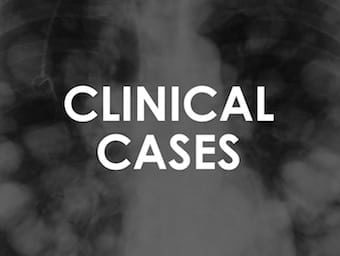 A 26 year-old male, with no previous history of seizures, was BIBA with status epilepticus. He was intubated to facilitate seizure management

A 45 year old woman with metastatic ovarian cancer is admitted for VATS pleurodesis and drainage of bilateral pleural effusions.