Emergency physician and rock-doc with a passion for rugby, medical informatics and medical education. Co-founder of Life in the Fast lane, #FOAMed, HealthEngine, iMeducate and vocortex

Terry’s nails are a type of apparent leukonychia, characterized by ground glass opacification of almost the entire nail, with a narrow band of normal, pink nail bed at the distal border, and often with obliteration of the lunula.

Muehrcke’s nails (or Muehrcke lines) are a disorder of the nail bed which can be a reflection of systemic disease. A distinct pattern of paired, white, transverse lines that usually spare the thumbnail and are most commonly in seen in association with hypoalbuminaemia, metabolic stress or chemotherapy. 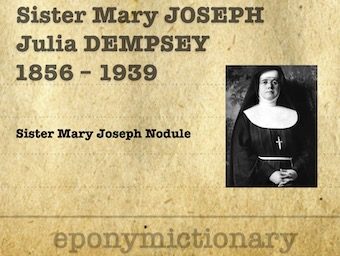 André-Alfred Lemierre (1875 – 1956) was a French bacteriologist. Best known for his 1836 publication on the condition now known as Lemierre syndrome 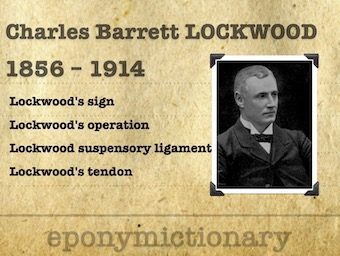 Charles Barrett Lockwood (1856 – 1914) was an English surgeon. Lockwood sign of chronic appendicitis, described by Colt in 1932