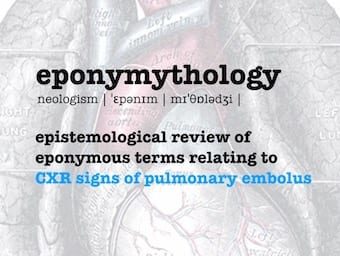 Eponymythology associated with chest X-ray signs in pulmonary embolus and pulmonary infarction. We review related eponyms, the person behind their origin, their relevance today, and modern terminology 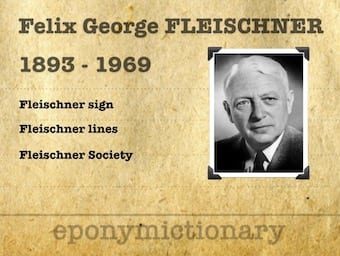 Felix George Fleischner (1893 – 1969) was an Austrian radiologist. Eponymously affiliated with the Fleischner sign; one of several described CXR signs of pulmonary embolus 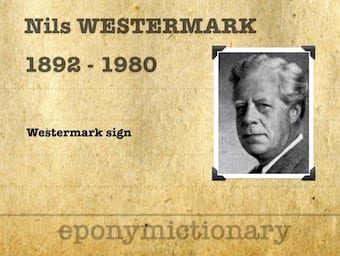 Pierre Barrère (1690 – 1755) was a French physician and naturalist. He published works in medicine, presenting cadaveric dissections and detailed descriptions of pathologies such as pericardial effusion 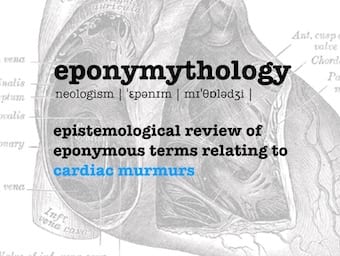 Eponymythology of named cardiac murmurs. Related eponyms, the person behind their origin, their relevance today, and modern terminology. 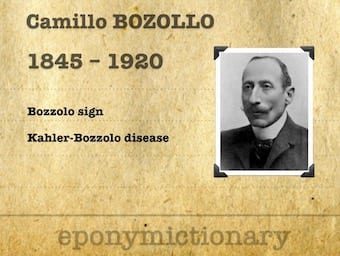 Camillo Bozzolo (1845-1920) was an Italian pathologist and physician. Bozzolo sign (1887) Visible pulsation of the arteries within the nasal mucosa. 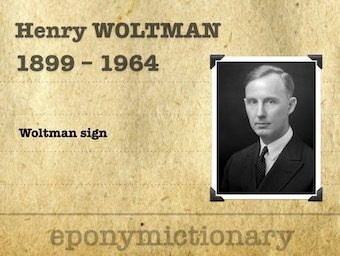